“How Do You Say Moderate in Palestinian? Wasatia” 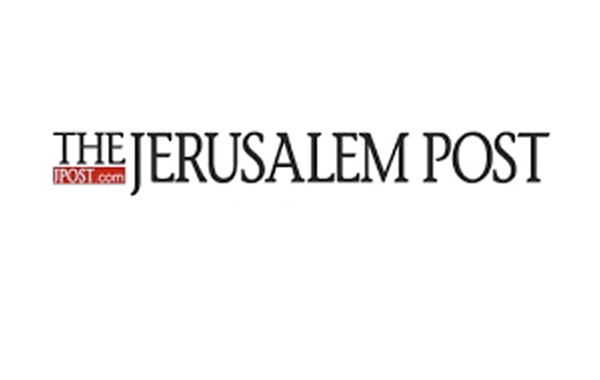 Since the Oslo peace process hopes disappeared amid the blasts of suicide bombings, peace-loving Israelis have searched vainly for Palestinian moderates – or signs of moderation. Mahmoud Abbas’s decision to unite with Hamas, and probably sideline his constructive Prime Minister Salam Fayyad, prove just how relative the term “moderate” can be. There must be more to Palestinian moderation than not being the violent Islamist radicals of Hamas.

In 2008, I published a book called “Leading from the Center: Why Moderates Make the Best Presidents”, insisting that moderates are not wimps. When rooted in bedrock principles and pragmatic sensibilities, moderation becomes more than a will o’ the wisp, ever-shifting, relative term. Many of America’s most successful presidents, beginning with George Washington, were muscular moderates, open to differing views but not hostage to them, tempering principle with pragmatism, blessed with vision, molding consensus.

I did not know that a year earlier, a Palestinian academic, Dr. Mohammed S. Dajani Daoudi, had published his own moderation manifesto, called “Wasatia.” Derived from the Arabic word “wasat” for “middle of the road,” it means “’middle ground’, ‘centrism,’ ‘balance,’ ‘moderation, ‘justice.’” Dajani traces the idea to the Koranic verse: “And thus We have created you a mid-ground nation…. Thus have We made of you an Ummatan Wasatan (justly balanced).” Dajani belongs to a leading Palestinian Jerusalemite family, keepers of the keys to King David’s tomb for over eight centuries. A radical in the 1970s, while then earning two doctorates in the United States he embraced American values of democratic consultation, conciliation, and consensus.

Dajani rejects the Islamist view that extremism is the best way or the most authentic Islamic way. He quotes the Prophet Mohammed saying, “The best way to run affairs is through moderation.” Wasatia, Dajani explains, “is the first Islamic movement to advocate achieving peace and prosperity through the promotion of a culture of moderation that would lead to walking away from the current climate of religious and political extremism that is escalating fear and violence. Wasatiareclaims the moderate centrist position — that balance, between love and hate, between friendship and enmity, between despair and hope, which will lead the Middle East out of chronic conflict and despair.”

Blending Koranic verses extolling “the virtues of middle ground, coexistence, democracy, and tolerance,” advocating a two-state solution, Dajani and his fellow moderates, including his brother Dr. Munther Dajani Daoudi, seek to establish “a tolerant, democratic society at home through fostering a culture of moderation” in religion and politics. These peace-seeking moderates proclaim publicly, boldly, that “Wasatia welcomes the day when Palestinian children no longer are exposed to a literature of incitement, hate and violence, and instead grow up in a rich culture where they can co-exist in peace, prosperity and harmony.”

In his book, Mohammed Dajani repudiates the Koranic “misinterpretations and misquotes that call for enmity, terrorism, and violence” as being “openly inconsistent and incompatible with the core values of Islam, as stipulated in the text of the Holy Koran itself, notably, love, mercy, pluralism and freedom of religion.” Emphasizing the common values uniting Judaism, Christianity, Islam, and Western civilization, the Dajanis work tirelessly to “reverse this trend through education and training workshops to provide leaders of the community with the knowledge and skills to take part in building bridges of political, cultural and religious understanding in order to play a more positive role in society.” They want “to activate the role of religious leaders as peace builders, and to create platforms for the engagement with the civic society. The goal is to make religion become part of the solution rather than remain part of the problem.”

Both Dajani brothers teach at Al-Quds University. While aware that young people are “vulnerable to extremist ideologies,” they see their students responding to their ideas, especially through the American Studies program which Mohammed Dajani chairs. They run a successful three-way parallel partnership involving Tel Aviv University, Al-Quds, and Oberlin College students, building a network of young believers in democracy, moderation, and coexistence, with a shared vocabulary rooted in the best of the American experience – even as we watch an American presidential campaign emphasizing extremism and idiocy over moderation and balance.

Thanks to Marvin Krislov, the President of Oberlin College, I recently met Mohammed Dajani. We rendezvoused in the Roladin café in the new Mamila Mall near Jaffa Gate. As we shared our mutually reinforcing dreams of moderation – for America and the Middle East – the legendary Israeli singer and peace activist David Broza’s “Tachat HaShamaim” (under the heavens), played in the background, giving the meeting an added blessing. Dajani told me that in his American Studies master’s seminar last semester, different students read different chapters from my book, presenting the particular model of presidential leadership that emerged from each chapter that inspired them, along with the associated American value. I was deeply moved to think that this book, written with a focus on the United States, might have resonance in the complicated Middle East.

“In times of radicalism,” Mohammed Dajani writes, “being moderate is revolutionary.” My experiences with the Dajanis and their students reassured me that there are some revolutionary moderates. Nevertheless, we need more, including on the Israeli side. I am dismayed that Israelis have done little to encourage these moderates and to reciprocate. Both the Gaza disengagement and the recent Gilad Shalit deal boosted Hamas radicals, intentionally or not. The international community should do more to finance these moderates – where are the Europeans, with all their rhetoric, when they have a chance to do some good? For years, Israelis have complained that Palestinians lacked this moderate force. Now, when we see moderate sprouts that can be nurtured, we must mobilize resources to help them — and us – grow and flourish.”How Do You Say Moderate in Palestinian? Wasatia”

The writer is professor of history at McGill University and a Shalom Hartman Research Fellow in Jerusalem. He is the author of Why I Am A Zionist: Israel, Jewish Identity and the Challenges of Today and The History of American Presidential Elections. Follow Gil on Twitter: @Gil­_Troy

This article was also published on Israel, Jews and Judaism blog