Palestinian Students Say Auschwitz Trip was “for Educational Purposes Only” 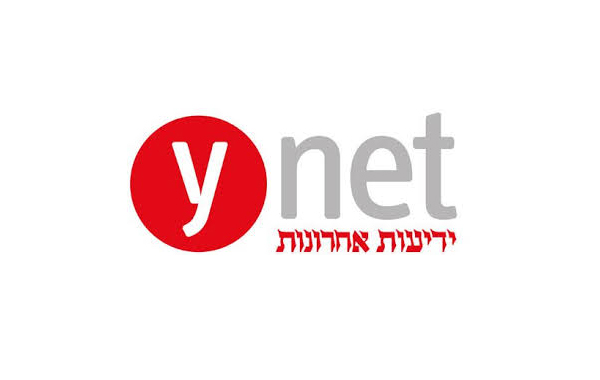 Despite the frequency with which students from high schools and colleges worldwide visit Holocaust death camps, it was no simple matter for Issa Jameel when he was asked whether he wanted to visit Auschwitz. For Jameel, a Palestinian master’s student from Al-Quds University in Jerusalem, the opportunity was laced with political and nationalistic issues his peers don’t have to deal with. According to Jameel, it was only when he realized it would be an important educational experience to learn about the Jews in the Holocaust during World War II that he was convinced and signed-on as student coordinator for the trip.

“Until when will we keep hearing the Israeli narrative of what happened?” Jameel asked The Media Line in the library of the American Studies department on the Al-Quds campus in the Abu Dis neighborhood of Jerusalem. “Why don’t we find out for ourselves?” he asked.

The result was the first delegation of its kind; a March trip by 27 students to Poland’s Auschwitz and Birkenau camps led by Professor Mohammad Dajani Daoudi, dean of the American Studies program.

“I was not shy to admit that I was going and I was not afraid to say so because I was going to learn. As a Palestinian, I feel for others because we are suffering,” he said.
“The idea is to study empathy in order to affect feelings of reconciliation,” Dajani explained to The Media Line. “We are exposing Palestinian students to what happened during World War II — in particular, the Holocaust concentration camps. At the same time, we are taking 30 Israeli students to visit Palestinians who suffered as a result of the 1948 Nakba,” he said.

The visit was funded by The German Research Foundation and sponsored jointly by a program called “Hearts of Flesh, not Stone,” a project of “Wasatia,” (Moderation), of the Friedrich Schiller University of Jena, Germany; Tel Aviv University, and Ben-Gurion University of the Negev, in Israel.

Jameel says he was not taught about the Holocaust in school, and says all he had heard were general comments that “what the Nazis did was ‘heinous.’ “Relative to us as Palestinians, the Holocaust is seen as a catastrophe on the humanitarian level.”
As a second-year master’s student, Jameel had prepared by reading a book about the Holocaust authored by Dajani, but the reality was greater than his expectations. “The picture of the horrible event is not complete until you see the place in front of you,” he said.

Asked about those, like the Palestinian Islamic group Hamas that denies the existence of the Holocaust, Jameel says, “No, it did happen, because to deny a reality is to deny its existence.”

On the Hearts of Flesh Facebook page, trip participant Nasser Al-Qaddi wrote, “My impression at this place is, I felt disgusted and real dehumanization; and how Nazis acted mercilessly with illegal inhuman decision to exterminate Jews and other prisoners.”

Prof. Dajani says the purpose of the trip was in order to hear both sides, and by listening to the suffering on both sides, help create empathy. “Empathy brings reconciliation,” he explained.

As might have been expected, angry feedback against Dajani and his students did not wait for their return home. Palestinians immediately utilized social media including Facebook to lash out against the trip. New vitriol continues to appear frequently on the sites.

“My brother called me from Palestine and asked, “Don’t you know; you and your delegation are spies?” Jameel said. He relates that his brother went on to explain that an article written in the Israeli daily, Haaretz, about the trip to Auschwitz released by an influential Arab news agency but translated incorrectly. Jameel admonished his brother to ignore the rumors.

“I told my brother to tell everyone he knows that we visited the Auschwitz camp and we saw the tremendous suffering of what happened during the Holocaust,” he said. “And we, as Palestinians, know the meaning of what it means to suffer,” Jameel added.

Asked whether the visit was a gesture in opposition to the “normalization” campaign in which any cultural or educational contact with Israeli institutions is severely discouraged, Jameel replied that the journey was “purely an educational trip,” and that “visiting the Holocaust is something and normalizing is something else.”

Jameel also says he was not afraid to share his feelings about the Israelis with Dajani. “I told Mr. Dajani that we don’t want Israelis to come with us, as that would seem to show them we are trying to satisfy them. And so we won’t be case studies. I did not want Israelis to look at me and say he is sympathizing [with me when] he is not.”

Jameel said that at one point during the trip he felt he was being manipulated into feeling guilty for what happened to the Holocaust victims. “On the trip, there were Jews whose grandparents witnessed the Holocaust. They were talking from an educational standpoint and then suddenly switched to an emotional perspective. When we saw that they were personalizing the Holocaust, we decided we did not want to listen anymore and asked for another guide at the Holocaust museum to tell us – factually – what had happened: different than the emotional and personal narrative because we were coming to learn,” he said. “My emotions should come from within me, without force, and not having had someone direct my emotions.”

The contingent included twelve Palestinian women. Shahd Swaid, a 22-year old English Literature major told The Media Line that the pressure not to be part of the group began before their departure. Swaid said she was told that, “There will be much dialogue against you [and accusations] that you are going to normalize,” she said. “I was asked, ‘Why are you going?’ My response to them was to ask ‘How are you comparing something you did not see and something you did not live?’ I wanted to go to imagine what happened so I can answer not just [my friends] but the other people.”

Swaid told The Media Line that she went in order “to see the torture that took place and the suffering.” She said the extent of her knowledge about the Holocaust was what she read in headlines and what she had seen in movies. But for Shahd, it was also a reminder. As did other Palestinian students, she related feelings of identification with life under an occupying power.

To those who criticized the delegation for going, Swaid said the opposition stems from ignorance.

“Those people do not read to understand. They react without listening,” she said.
“[Those opposed to the trip] are mixing politics with education, said Dajani. “It’s an education-only experience; a learning process.” He has a picture on Facebook of a candle with words reading, “Holocaust Memorial Day.”

“We are studying the Holocaust. People are trying to impose politics on this experience. We are not asking them to normalize or not to normalize. Not to be with or against. Just learn the facts,” he said.

“They (the critics) are politicizing education in the hope of making more of indoctrination. We are against that. We believe in advancing the knowledge of students; breaking taboos and putting a crack into ignorance,” Dajani told The Media Line.

The students who went on the trip had praise for Dajani and admiration for his “courage” to organize the experience.

Dajani says despite the criticism he has received, he is planning a second trip if funding can be arranged.

This article was also published on Ynet