Former IDF Soldier: Most Israeli Soldiers Do Not Want To Be Part of Occupation 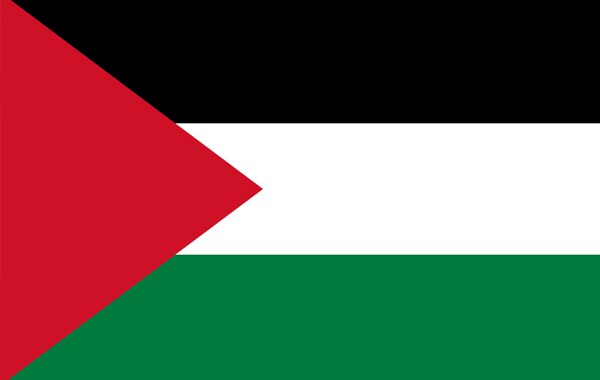 One of the admins at I Acknowledge Apartheid Exists interviewed Sarit Jacobsohn – a former Israeli soldier. Sarit was kind enough to answer some questions for us to help the world understand at least her perspective on the Israeli occupation of the Palestinian people. Questions are in bold.

To start off can you say a bit about yourself?
My name is Sarit Jacobsohn I am 41 years of age. I was born in Hong-Kong, and then moved to Israel at the age of 4 where I grew up. I was drafted into the IDF like every other Israeli citizen. I served 3 months and then left. I refused most of my duties. I couldn’t stand it and left Israel, and moved to America. I am now living in the U.S as a songwriter, artist and activist for Palestine.

How and where you enrolled into the IDF and for how long?
At the age of 18 all Israelis are forced to do military service. Boys do 3 years and girls 2. I tried avoiding it but it was not possible, I was threatened with jail time so I joined. I joined during the first gulf war and lasted 3 months. I did not like it. It felt wrong. I could see the boy soldiers crying everywhere in the base and knew something was terribly wrong. However, many believe the military is a good thing and that it keeps them safe.

What are the procedures for recruitment into the IDF?
Most people get accepted to serve and want to serve. They give soldiers numbers, for example if you get number 97 that means you are in great shape and can participate in combat. Some refuse to serve by declaring they are religious. How ironic. If you are a pregnant or married female…they let you go…
What training is given before you are deployed at checkpoints, streets etc?
I was not deployed in a checkpoint so I would not know. But I hear there is very little training. A sister of a good friend worked in Alemby checkpoint during the 80′s and I will never forget how sad it made her. She said she had to strip search other women.

How would you describe your fellow soldiers who served with you?
The fellow soldiers, most of them do not want to be there. We used to call those that are eager to serve poisoned and laugh at them. One horrible night, my officer tried to rape me, but I threatened him with my gun. That was very surreal. Many male soldiers would cry a lot all day long. Sometimes when I would try to comfort them they only would cry more. I knew then something was terribly wrong. Especially in our macho culture where men do not weep in public.

How do IDF soldiers view Palestinians?
Most of them view them as an enemy. They know nothing but the propaganda they are raised to believe. There is a very negative attitude towards the Palestinians. I was kicked out the second I said I like Palestinians. Maybe there are some who view Palestinians in a more positive way, but I did not meet any. You never really know though, it depends on the individual, some really hate them, some don’t, but very few like them because of the way we were educated as children.

What was your worst experience serving in the IDF?
One month into IDF they sent me to a course where we had to study 20 hours a day and got no sleep. It was such a nightmare. The officers would abuse us and treat us like dirt. And than when the weekend came only those with good grades got to go home. That was terrible I was only 18. I have also suffered long-term effects; I suffer from Post Traumatic Stress Disorder.
However, I did used to rebel. When the officers asked for coffee with sugar I used salt. When they asked me to paint the rooms white, I painted them black. When they told me to put gas in the generators I put oil and they were really mad at me for that.

Breaking the silence is a civil rights movement allowing soldiers to speak out about their experiences. What do you think of this? Do you think these people are at danger for speaking out?
Yes I think they are in great danger from other citizens and even the government. Anyone who dares to speak out gets his or her life threatened on a regular basis. I get death threats and verbal abuse all the time. However, the truth must be known and that is what I dedicate my life to now.

Do you think that there are a lot of soldiers within the IDF wanting to leave, and how might they try to leave?
More than we think. I think most of them want to leave. I could be wrong…but when I was there the men and women were crying because they hated being there. Many have tried to commit suicide, including myself. Others shoot their feet, or engage in self-harm so they do not have to serve. A friend of mine shot his own foot and was sent to jail for hurting IDF property.

Finally, I know that you are now a singer, songwriter and artist. Do your songs and paintings reflect the experiences you had serving in the IDF? Where can we find more info about your work?
The IDF made me realize how dumb war is and that it should never be an option. It sure changed me. My music and art is political and I believe it is time to evolve into a better world. I now work towards exposing the truth about Israel. My dream is to live in a world where no one is oppressed.